Interview coaching in Melbourne will help you prepare

I can help you get those interview nerves under control, by building a sense of confidence that you're well-prepared. Most people get nervous when they have to attend a job interview.

Chances are that your competition will probably be nervous as well. A candidate who is not feeling any nerves about the prospect of an interview runs the risk of being too complacent.

Interview coaching can prepare you for the different types of questions you will face in your interview. Behavioural interviews  can be particularly challenging and an interview coach can help you to ensure you are using strong examples that serve to showcase your relevant strengths and capabilities.

Searching for an interview coach in Melbourne?

I'm an interview coach based in Melbourne, Australia with over 25 years of experience with interview training. I help people prepare for behavioural interviews.  Also as a psychologist, I ensure people cultivate the right mindset for achieving peak performance.

Because of Covid Stage 3 restrictions, the coaching is delivered on-line - through either FaceTime, MS Teams or Zoom

Additionally, I train hiring managers in the design and conduct of behavioural interviews - which tends to be regarded as best-practice interview technique across both public sector government departments and also the larger private sector corporations. So I understand what recruitment hiring managers are looking for.

Please feel free to contact me with any questions on 0430 972 578 (I'm located in the eastern suburbs of Melbourne). The fee for a 75 minute online intensive coaching session is $198 (incl gst).

In an interview coaching session, you gain the opportunity to rehearse and practice for your interview. An experienced and professional interview coach will provide you with feedback on your responses to possible interview questions.

The feedback should be balanced, in terms of both helping you to appreciate your strengths - and also helping you to improve some answers or examples that may not be working.

Let me share with you 3 different stories from some interview coaching sessions that I've conducted recently. Each story will help to illustrate an interview mistake that you should try to avoid .....

1. He was providing the wrong examples to behavioural questions

Brad was a young Engineering graduate who had attended several interviews and had been unsuccessful. Understandably he was beginning to lose some self-confidence - and he was becoming frustrated as well, because he was given no meaningful feedback from any of these interviews, despite having requested it. His university results on his resume were very impressive and he presented with an earnest and thoughtful manner. As we proceeded through the coaching session, what became evident with how Brad responded to behavioural questions was that he was solely providing examples from his life at university........

He was neglecting to offer any examples from his workplace placement experience (for example, perhaps in relation to working with difficult people) - nor did be draw upon any of his experience in travelling overseas (for example, that could have been used in demonstrating his ability to be adaptable). By drawing upon a wider range of examples from different dimensions of his admittedly short career and also his life, Brad started to project greater maturity - and was subsequently successful at his next graduate interview.

2. She wasn't selling herself

Judith was an Executive Assistant, a mature lady who had not needed to attend an interview in over 15 years.  However, owing to a re-structure within the company and the appointment of a reduced senior executive team, she was faced with the daunting requirement to interview for an EA / PA role. Apparently there were 5 current PA's applying for only 3 positions in the new structure. She sought interview coaching to help her understand what was expected of her at the interview - which was scheduled for later that same week.

She presented herself with a professional and composed manner - but basically needed a lot of practice to start talking less modestly about her contributions and to start owning her achievements. Although she found it uncomfortable during the first half of our coaching session - she eventually accepted that no-one else was going to sing her praises and she began to speak with gradually greater conviction about her skills and strengths. She contacted me the following week, relieved that she had been appointed to one of the roles.

3. He was rushing his answers - and had an experience gap

Marcus was an Account Manager with an advertising company.  He presented with energy and drive. He was seeking a promotion to a Senior Account Manager role within the same company. During the coaching session, he projected enthusiasm about his work and his communication style was both fluent and confident. His responses to practice interview questions that related to the more technical and creative side of his role were impressive - although somewhat rushed (which carried the risk of him misinterpreting a question) .........

So we worked on learning to pause between the question and his answer, to ensure he properly digested the intent of the question. However, a bigger issue for Marcus was that the Senior's role was one that also carried responsibility for the mentoring and some supervision of junior staff - and it became apparent during the coaching session that Marcus had not really prepared himself for likely questions around these types of capabilities. Quite frankly, his responses were shallow and would likely have been assessed as unsatisfactory for an interviewer......... During the session, we worked on identifying some further examples of when he had helped with the on-boarding of new staff - and also worked on helping him to explain in more detail and with more method, the steps he would go through when training another employee in a new task ........

Although Marcus subsequently contacted me to say he missed out on this particular promotion, he was given very encouraging feedback from the interview panel that he had presented very well. His manager was going to delegate some more opportunities for him to gain further mentoring experience - which was seen as his major shortfall. The good news was that he was encouraged to apply for another Senior's role that was expected to become vacant within the next few months - with the indication he would be a strong contender for that role, once he'd gained the extra development experience.


Interview Coaching- what it can and can’t do for you

So, what do these stories serve to illustrate about the potential benefits that interview coaching can offer to you? ........ Getting some professional training and expert help to improve your interview skills of itself will not be a silver bullet that will hide the reality if there are short-comings in your experience against the position requirements.

But sometimes, by learning how to better show-case your strengths and achievements, the relative impact of any potential skill-gap can a least be minimised.

A second potential benefit of working with an experienced interview coach is that they can reduce your anxiety or uncertainty about what you will face. No coach will be able to predict the exact interview questions that you will be asked - but they should anticipate the types of questions you will encounter.  Interview coaching with a professional can give you a crucial edge to help you perform at your best on the day.


"Never let an unsuccessful interview discourage you from trying again. Learn from it - improve - and then move forward with perseverance" 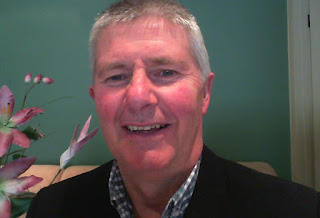 About the author Brian Carroll is the founder of Performance Development, a leading corporate training & HR consulting company.

If you want expert help rehearsing for your next interview, then call or text Brian on 0430 972 578. A ninety minute intensive training session costs $250 + gst

Posted by Brian Carroll at 4:14 PM

PREPARATION FOR YOUR AMBULANCE VICTORIA INTERVIEW 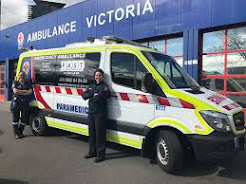 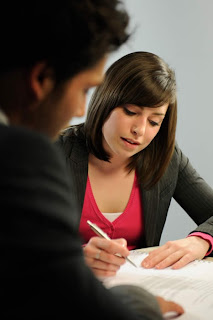 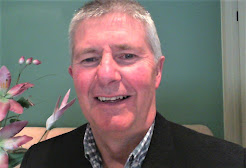